All Collections
BASE Module
METRICS
Metrics

Written by Davide Maccarone
Updated over a week ago

The performance of each Campaign can be measured thanks to the LOOKCAST analytics system and are shown in the Campaign Page.

LOOKCAST's metrics track in real time both the events of the Campaign and the Hotspots. When the Campaign is launched, user can analyze the Lookbook trend and change both any Campaign setting and any Lookbook content.

Metrics data are automatically updated about every 5 minutes.

Metrics are splitted in Campaign Metrics and Hotspot Metrics. 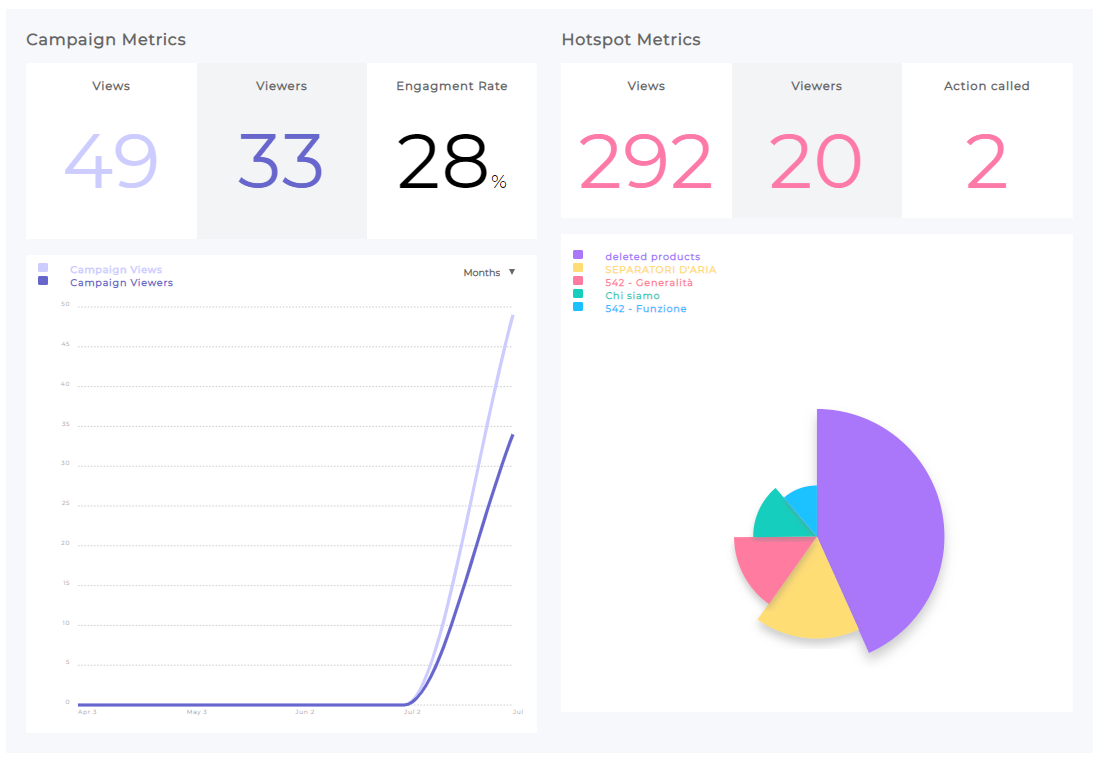 Views and Viewers metrics are also shown in a chart sorted by Weeks or Months. It's possible to enable each category.

LOOKCAST allows to track Campaign events directly through the customer's Google Analytics service. It's possible to activate this feature sending to LOOKCAST the own "tracking id" and the "primary domain".

Did this answer your question?