All Collections
Base Module
CAMPAIGNS
Campaigns

Written by Davide Maccarone
Updated over a week ago

The Campaigns are managed in the CAMPAIGNS page , grouped by Lookbook. It's possible to order Lookbooks by title or by time edit.

Campaigns are identified with a color for each status: 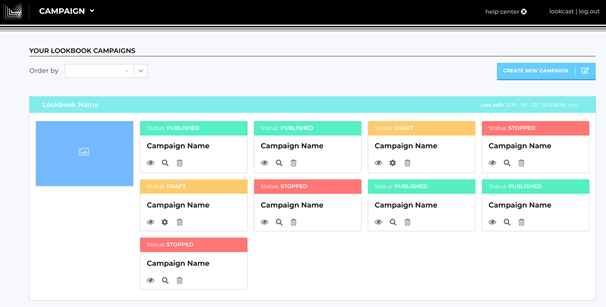 Based on Campaign status, it's possible to:

Did this answer your question?